Midwives Brew is a drink that has been used for full-term pregnant women to help induce labor. The ingredients are castor oil, almond butter, lemon verbena tea, and apricot juice.

What is Midwives Brew?

Midwives Brew also known as the German labor cocktail is a mixture of different ingredients blended into a drink that has been used to help induce labor for anyone that is full term in pregnancy.

Steep the lemon verbena tea in boiling water for 10 minutes. Once it is done, blend all the ingredients in the blender until thoroughly combined. Drink on an empty stomach for best results.

Castor oil is a common laxative that causes spasms in the intestines as well as the uterus. These can turn into contractions and jump-start labor.

Lemon verbena is also known as a laxative and can also soften your cervix to jump-start labor.

This is great for masking the taste and helping the flavor taste a bit better. You can also use mango nectar or pineapple juice which is also known to soften the cervix and help induce labor. 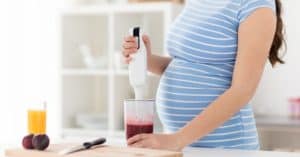 How does Midwives Brew work to induce labor

Midwives Brew works by causing the muscles of the uterus to contract, helping guide the cervix to open up naturally.

Midwives Brew is known to help women who are overdue to go into labor naturally.

Midwives Brew is considered safe for all full-term pregnant women. For those who drink this concoction, it can help them avoid the use of medical interventions like inductions.

Midwives Brew is made up of different natural ingredients that are believed to be safe for pregnant women to take.

There is always a risk involved when taking any type of medication, especially when you are pregnant and the risks associated with the ingredients in this drink.

However, many women have taken Midwives Brew to prepare for birth and none have reported any negative side effects or complaints.

There are no ingredients in this drink that could be dangerous for pregnant women to take, but the main concern with using this drink is it can mask serious medical issues that could develop during pregnancy.

Also, talk to your medical provider before taking this drink to make sure that it is safe for you.

Are there any risks associated with taking Midwives Brew?

There are no known risks associated with using this drink to induce labor naturally. There have been many women who have tried it and went into labor within a few hours without any problems.

However, there is a risk of dehydration so talk to your doctor before taking this drink and drink lots of fluids. 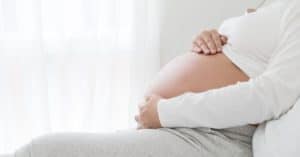 It can be hard to watch your due date pass without giving birth. If you are past your due date and are hoping to avoid a labor induction, taking castor oil or the midwives brew recipe on an empty stomach can help you go into active labor!

This castor oil cocktail can help induce labor in overdue women. This is because of the ingredients that cause the uterus to contract, guiding the cervix to open up naturally.

This study has shown that 91 % of women who consumed the castor oil drink to induce labor were able to give birth vaginally with little to no maternal or fetal complications.

How long should you drink Midwives Brew before going into labor?

After drinking Midwives Brew, some women go into labor as soon as a few hours while others it will take 24-48 hours.

Some women have stated that by drinking this concoction and waiting about an hour before going for a walk or doing some other simple activity, they went into labor within 12 hours.

What are the benefits of using Midwives Brew to induce labor

Midwives Brew has many benefits. The only possible negative side effect of drinking this brew is diarrhea, vomiting, and dehydration if you drink too much.

Some women have also reported having Braxton Hicks contractions after using Midwives Brew, which could be a sign that labor is near.

Drinking this concoction can help women avoid medical interventions to hasten labor, so they are more in control of the birthing process only by taking these natural ingredients. 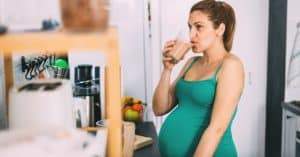 How does Midwives Brew work?

This drink is more of a natural method for inducing labor.

It is believed that the ingredients in Midwives Brew help to stimulate the muscles in the uterus, which can help to get labor going.

Castor oil is thought to help start the uterine muscles contract, while almond butter, lemon verbena tea, and apricot juice are all known for their antioxidant and anti-inflammatory properties. 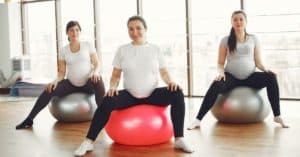 There are other natural ways for women who want to induce labor naturally. Women can try:

Many of these activities will help start contractions in the same way Midwives Brew does without any negative side effects.

Is this castor oil drink safe for a pregnant woman? Always talk to your doctor first but as of now, there aren’t any known risks associated with using this drink for inducing labor. For those who drink this concoction, it can help them avoid the use of medical interventions like inductions.

After drinking Midwives Brew, some women go into labor as soon as a few hours while others it will take 24-48 hours. Soon to be moms drink these ingredients in Midwives Brew help to stimulate the muscles in the uterus, which can help you go into labor.

Also, talk to your healthcare provider before trying to jumpstart labor by taking castor oil. What’s most important is having both you and a healthy baby.

1 thought on “Naturally Induce Labor with Midwives Brew: Is it Safe & Does it Work?”